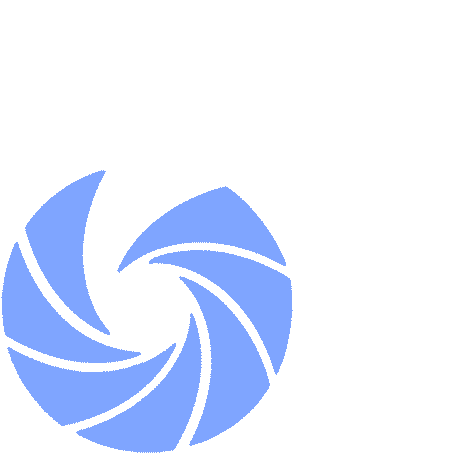 Wild Places Photography was established as a photo library in 1985 to license the reproduction of Chris Howes’ photographs in print, in particular images of caves and caving. In a broader sense, Wild Places Photography also handled the illustrated articles and books that he wrote until a sister company, Wild Places Publishing (best known for publishing Descent magazine), took over after it was set up in 1998. The marriage of photography and writing is represented by the logo, an old-style quill pen dipped into a half-open iris (in photographic terms, something around f8).

Chris’ obsession with all things photographic began as a boy (much younger than a teen) when his father gave him a simple Brownie camera and, following some successful results, it was soon swapped for a second hand Graflex 35mm viewfinder camera. Almost immediately, the village photographic chemist in Wheatley in Oxfordshire, Waldes, introduced Chris to the darkroom and a world of messy chemicals in large, black tanks.

After university, while working as a biology teacher in Cardiff, Chris concentrated on nature, travel and sports photography, in particular of caves and caving in black and white, a subject and medium for which he became known. Affording both cameras and film was sometimes difficult so Chris started writing articles to aid acceptance of his photographs for publication in magazines; the income was ploughed back into the obsession and interest grew in both historical research and writing books.

Chris is now a freelance author and photographer in a partnership with Judith (who unfailingly helps to produce all his pictures). The older black and white caving photos in the gallery were mostly taken using a Rollei 35 or Olympus OM1 or OM2 film camera (there is more about this in Images Below: link opens new window) though for more recent work he uses a Canon system (currently based around a 5D mkIV). As well as working in stock photography, he also takes commissions and specialises in underground photography.

Wild Places Photography supports the Artists’ Bill of Rights, a voluntary organisation which campaigns for ethical rules that photo and other competition organisers should follow. Its ethos might best be summed up as requiring respect for creative people, including concerns of copyright, and – indeed – it goes much further than competition rules alone. The modern world is replete with attempted copyright grabs by companies, right through to governments which attempt to alter intellectual property rights to our detriment. To learn more about what the campaign is doing for you, click on the Artists’ Bill of Rights logo.

This website uses cookies to improve your experience while you navigate through the website. Out of these cookies, the cookies that are categorized as necessary are stored on your browser as they are essential for the working of basic functionalities of the website. We also use third-party cookies that help us analyze and understand how you use this website. These cookies will be stored in your browser only with your consent. You also have the option to opt-out of these cookies. But opting out of some of these cookies may have an effect on your browsing experience.
Necessary Always Enabled
Necessary cookies are absolutely essential for the website to function properly. This category only includes cookies that ensures basic functionalities and security features of the website. These cookies do not store any personal information.
Non-necessary
Any cookies that may not be particularly necessary for the website to function and is used specifically to collect user personal data via analytics, ads, other embedded contents are termed as non-necessary cookies. It is mandatory to procure user consent prior to running these cookies on your website.
SAVE & ACCEPT